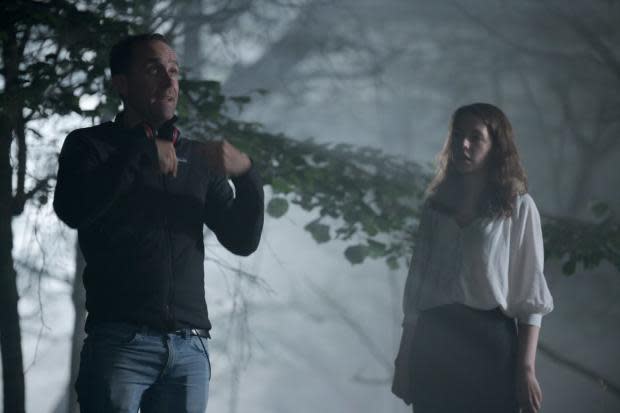 A Welsh-language horror film is coming to Milford Haven.

Gwledd – translated by The Feast in English – is written by Roger Williams and directed by Lee Haven-Jones.

Annes Elwy is one of the stars of the film, playing Cadi, a mysterious young woman working as a waitress for a wealthy family in the Welsh countryside.

During the night of an important dinner, she begins to question the family’s beliefs, unraveling the illusion the family has created with slow and terrifying consequences.

The film hits cinemas in Wales via Picturehouse Entertainment on Friday August 19, but will screen in West Wales on a number of dates.

It will be presented at the Torch Theater in Milford Haven between August 28 and September 2.

It will also be presented at Theatr Mwldan in Cardigan, but exact dates have not been confirmed.

Roger Williams said: “If we were to be bold enough to tell our stories on this big, big screen, we could start to build the kind of culture where it’s not unusual to see Welsh language films in cinemas.”

Radha Patel, Made in Wales agent for Film Hub Wales, said: “Welsh films help shape the culture of Wales. The stories we tell on screen can have global reach and change the way the world views our country.

“It’s exciting to have a Welsh-language feature once again in cinemas and local communities, but that shouldn’t be an anomaly.

“Wales is home to a diverse nation of storytellers and Welsh audiences deserve to see more films representing their language, country and culture. We know Gwledd can inspire new talent to make the films they want to see. “

Gwledd can be viewed at the following cinemas in West Wales:

2022-08-18
Previous Post: Christina Chong | Indie film Transference goes viral on YouTube
Next Post: Get your fix of indie film at Projector X: Picturehouse, a new pop-up cinema at The Cathay