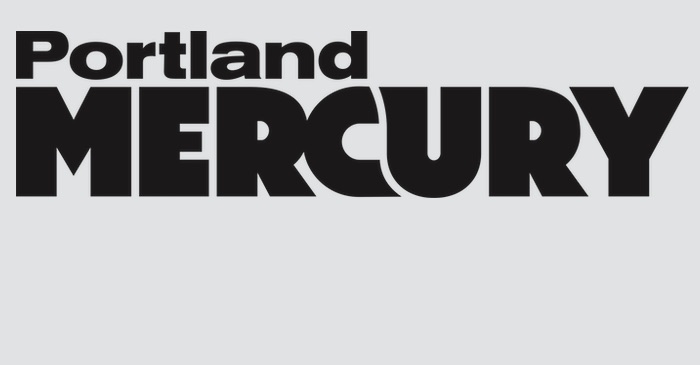 Watching horror might seem like a strange undertaking right now, because there is, after all, more than enough to be scared of in the real world. Yet for many, horror movies offer a sense of respite and catharsis. They allow us to feel fear from a distance while plunging headfirst into a multitude of terrifying nightmares. This spirit is at the center of the varied program of the next Portland Horror Film Festival.

First starting in 2016, the festival is known for its celebration of indie horror and for shaking up the profile of dormant hits, like the 2020 comedy horror flick Uncle Peckerhead. This year, audiences have the chance to see potential horror hits via in-person screenings at the Hollywood Theater and Clinton St. Theater, and from the comfort of their homes, through remote streaming.

While the Portland Horror Film Festival has been offering remote screenings since the 2020 shutdown and a hybrid model in 2021, organizer Gwen Callahan told the Mercury that she’s thrilled for festival-goers to see this year’s films in a theater, if that’s something they’re comfortable with.

“The movies were meant to be seen on the big screen, in a common setting,” Callahan said. “I think it’s a very different experience for people to watch something new and interesting together.”

Each of the six Portland Horror Film Festival screenings combines a feature film (sometimes two!) with a selection of shorts and usually at least one creator Q&A. So $20 in-person tickets are for 4-5 hours of programming. Online tickets are a bit trickier – buyers can choose whether to purchase the features and shorts individually or as bundled screenings. In-person weekend passes are $110 ($182 online) for those who want have it all.

We’ve had the opportunity to go through all the festival features and highlight a few favorites. Whether you have it all or are looking for where to get just a little, here are our highlights: 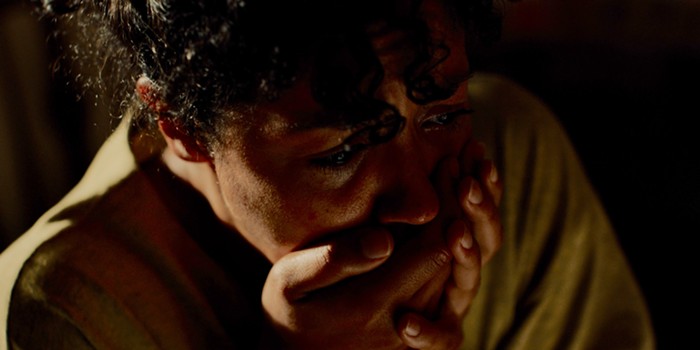 The opening night of the Portland Horror Film Festival is one of the best. The People’s Choice winner at last month’s Panicfest, the creeper is a well-constructed ghost story that wears its many horror influences on its sleeve and makes it all the better for them. It tells the terrifying story of a woman who returns home to care for her ailing grandmother, only to be drawn into the dark history of her home as she threatens to consume everyone.
As the central character, Anna, Riann Steele gives one of the best performances you’ll see at any festival, capturing her character’s caring, benevolent sensibility even as everything slides into chaos. We spend almost the entire film with her alone, and she carries the film on her shoulders, making even the simplest scenes of her walking around the house feel engaging. The way she and director Jamie Hooper keep the story grounded makes the experience even more gloriously dark.

What is buried must remain

A scary movie for found footage fans, What is buried must remain really sneaks up on you, due to its well-crafted staging. The setting is a haunted house in modern-day Lebanon where three filmmakers plan to hang out for a night to see what will happen. They end up making a film beyond anything they could have imagined, drowned in the horrors of the past.
The film finds real and surreal scares, making great use of sound to envelop you in nightmare. Even in times when it can all be a bit scattered – as the characters wander aimlessly around the house – the unsettling feeling of getting lost is really the point. It ends up feeling both expansive in scope and focused in execution, digging deep into your mind with some truly striking visuals that play with form in quite interesting ways.

A confined creature feature crossed with a demonic buddy comedy, Developer is the film that most feels like a throwback, while still retaining its own sense of flair. Set in an 80s Chicago apocalypse, it centers on an unlikely duo who must find a way to survive while trapped in a peep show booth. Bathed in neon lights and paired with an appropriate synth score, the film is a solid work of horror, transported from a different era and aesthetic.
Developer is a serious B-movie that revels in both an abundance of sleaze and cheese, showing the grimy corners of its world with a kinetic energy that dulls its occasional flaws. There are times when you can feel its budget bite a little more than it can chew, but the film’s enduring charm drives everything forward. By the time he reveals how expansive it all was, you’ll appreciate just how Developer done with very little, all pretty well.

A film centered on seclusion and isolation, Woodland Gray may unfold more like a dark drama than a cohesive horror movie, though it still comes together into something intriguing. Beginning with minimal dialogue and a great sense of atmosphere, we are introduced to a man who lives alone in the woods. When he discovers that a woman has passed out, he tries to help her recover her health, while hiding a secret from her in a shed he has built nearby.
Although it’s a little caught up in flashbacks here and there, the experience is at its best when we see the devastation of what’s going on in the hangar, which defies explanation. The hangar’s nightmarish content is played with a light touch, showing the emotional impact with more evocative imagery. One such moment uses red ribbons for haunting effect, revealing the characters’ disorientation without them saying a word. Woodland GrayThe sequence of increasingly terrifying visions makes it one of the most visually rich films of the festival. 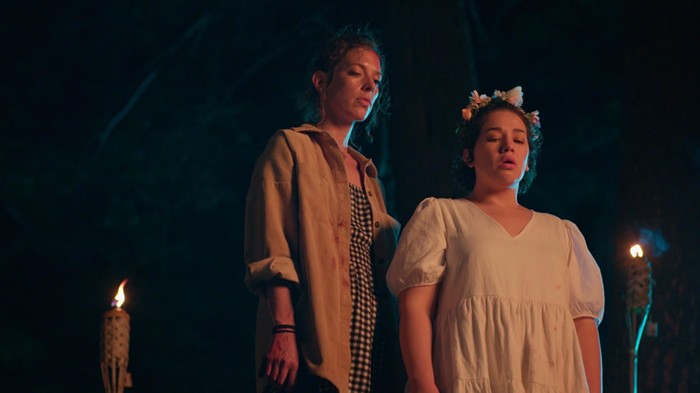 A silly, self-aware horror-comedy that plays with the myriad of awkward social situations found at a secluded bachelorette party, Stag is the festival film that makes the most of its confined setting. It centers on the troubled Jenny, a lonely New Yorker who seeks to reconnect with an old friend. When she gets invited to this friend’s bachelorette party, she finds out that this seemingly fun getaway is anything but.
Stag is the feature debut from writer-director Alexandra Spieth, and it harnesses the full potential of the premise and more. Displaying genre conventions and mocking pretension, the film also boasts one of the best drug sequences of any film at the festival, if that’s your speed. He can get a little more solemn than he knows what to do, though he eventually becomes clumsy again. The way IStag harnesses the everyday misstep into something both scary and funny that’s worth checking out.

This one’s for you sick people looking for a horror movie with a more sinister and salacious sensibility. He hatched follows a couple who move into a house in Iceland, for a fresh start, only to discover that something is hiding in their basement. Sounding like a weird riff on eraser headthis macabre and infuriating mental journey is still a vision in itself, and it continually disrupts our expectations as it descends into darkness.
Also a first feature film, He hatched shows that writer-director Elvar Gunnarsson can create a truly arresting shot. He used a whole range of vibrant colors that light up the dark corners of the house, making the film feel like a nightmare you can’t wake up from. The performances are as comic as they are frightening and He hatched packs a proper dynamite finale, as everything goes completely and utterly off the rails.

2022-06-28
Previous Post: Is the horror movie streaming or in theaters?
Next Post: The creeping catharsis of the 2022 Portland Horror Film Festival is available in theaters and online – Blogtown