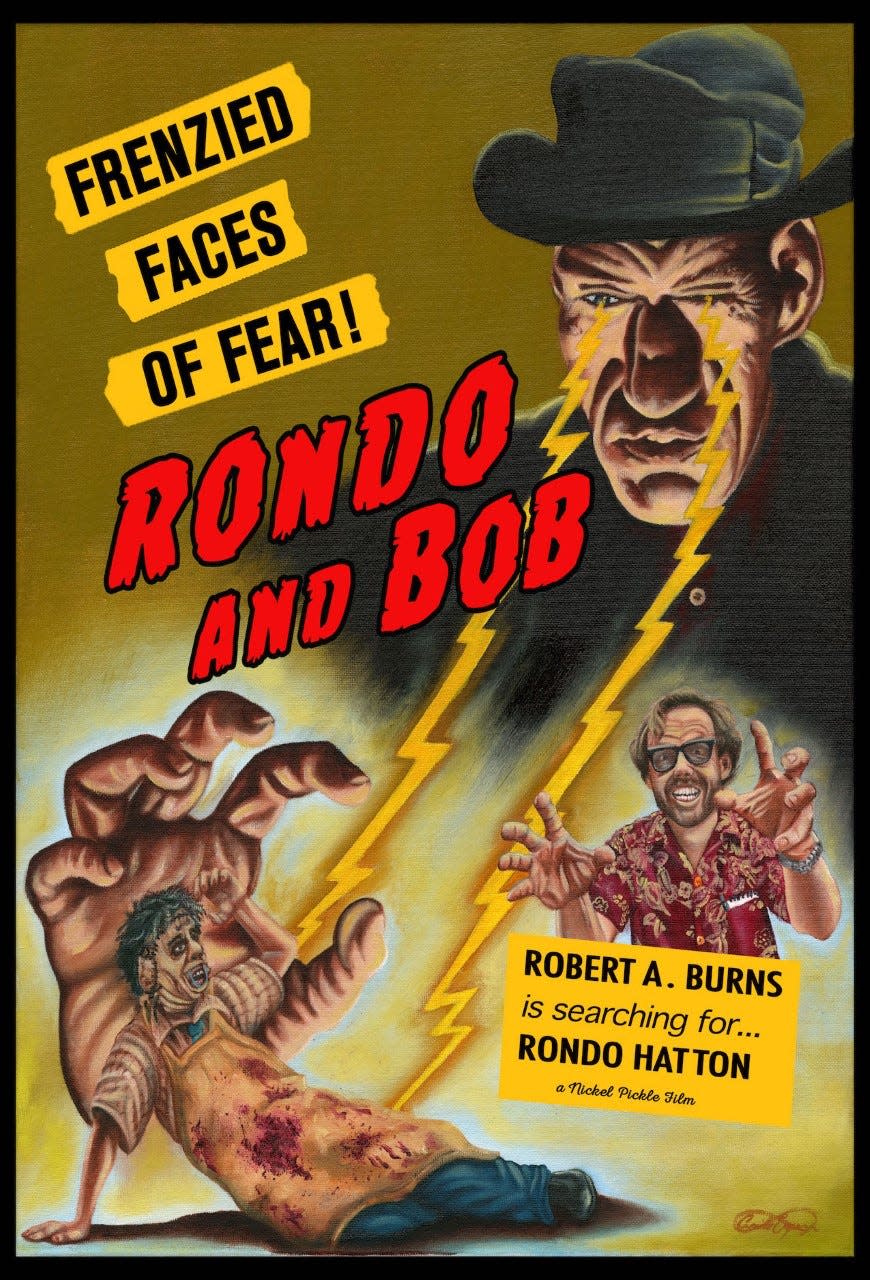 ‘So welcoming:’ ‘Rondo and Bob’ documentary about horror movie icons filmed at Taylor

Joe O’Connell shot many scenes in Taylor for his documentary about an art director’s obsession with horror movies with a disfigured actor who played villains and monsters in the 1930s and 1940s.

“Taylor has a nice post office that looks like that period and I got permission to shoot there,” said O’Connell, a resident of Hutto. “They were so welcoming.”

The film, titled “Rondo and Bob,” received several awards at film festivals, including Best Documentary at the Atlanta Horror Film Festival and Best Feature at the Midwest Monster Film Revival in Illinois. .

The film will screen at 7 p.m. Saturday at the Howard Theater at 308 N. Main St. in Taylor. Admission is free but only 100 seats are available. Viewers are encouraged to bring canned food to help a food bank in Taylor.

The documentary focuses on the intense interest of late Austin horror film art director Robert A. Burns – known for his work in the original ‘The Texas Chainsaw Massacre’, ‘The Hills Have Eyes’, ‘Re -Animator” and “The Howling” – had in an actor named Rondo Hatton, who was in over 100 films.

A former Tampa Tribune reporter and World War I veteran, Hatton was diagnosed with acromegaly at a war hospital, O’Connell said. The disease, caused by excess growth hormone as an adult, caused her face, hands and feet to grow disproportionately compared to the rest of her body.

After Hatton married his second wife, they moved to Hollywood in 1936 and Hatton then used his unique facial features to become “the Creeper” in a series of films, beginning with the Sherlock Holmes story “The Pearl of the death”.

Hatton died of a heart attack in 1946 at the age of 51. Burns never knew Hatton but started watching his college movies at the University of Texas in the 1960s, O’Connell said.

See the list: All 2021 Horror Movies, Definitely Ranked (From ‘Malignant’ to ‘A Quiet Place 2’)

Burns tracked down Hatton’s widow, interviewed her and became an expert on Hatton’s life, said O’Connell, a former film columnist for several newspapers, including the Statesman.

“I believe he (Burns) saw something of himself in him,” O’Connell said. “He saw Rondo’s outward ugliness as a manifestation of his inner ugliness (Burns).”

Rondo had a happy marriage while Burns felt unable to love, O’Connell said.

The late Statesman humor columnist John Kelso also appears in the film because he knew Burns and interviewed him. O’Connell said he also interviewed Burns for a film column he wrote in 2000.

Documentary: Meet the man who put the gore in ‘The Texas Chainsaw Massacre’

“He handed me a script called ‘Rondo and Mae’ (Rondo’s wife) and it was a love story,” O’Connell said. O’Connell said he did not use Burns’ screenplay but ended up writing, directing and producing his own screenplay.

Several scenes from the lives of Hatton and Burns were filmed at numerous locations in Taylor, including an art gallery called 120Art, an old antique store called Amy’s Attic, the old Taylor High School, and Pecan Manor Bed and Breakfast, O’Connell said. .

He said he used the antique store to film a scene of a World War I hospital and used the bed and breakfast to shoot scenes from Burns’ childhood.

Taylor resident Janetta McCoy, who owned the bed and breakfast when the scenes were filmed, said she was just glad someone admired the house – built in 1890 – enough to shoot a movie there.

“One of the attractions of this city is its historic character,” she said.

City council member Robert Garcia was able to help O’Connell when he learned the filmmaker was looking for 1920s cars for the film.

Garcia said that because he belonged to more than 200 car clubs, he was able to get five Model Ts and Model A’s for one stage.

“Taylor, with its historic downtown district, easily throws back to the 1920s,” Garcia said. “I can’t wait to see the movie so I can say, ‘I was there and I remember it.'”

This article originally appeared on Austin American-Statesman: ‘Rondo and Bob’ portrays a prolific horror art director and his muse