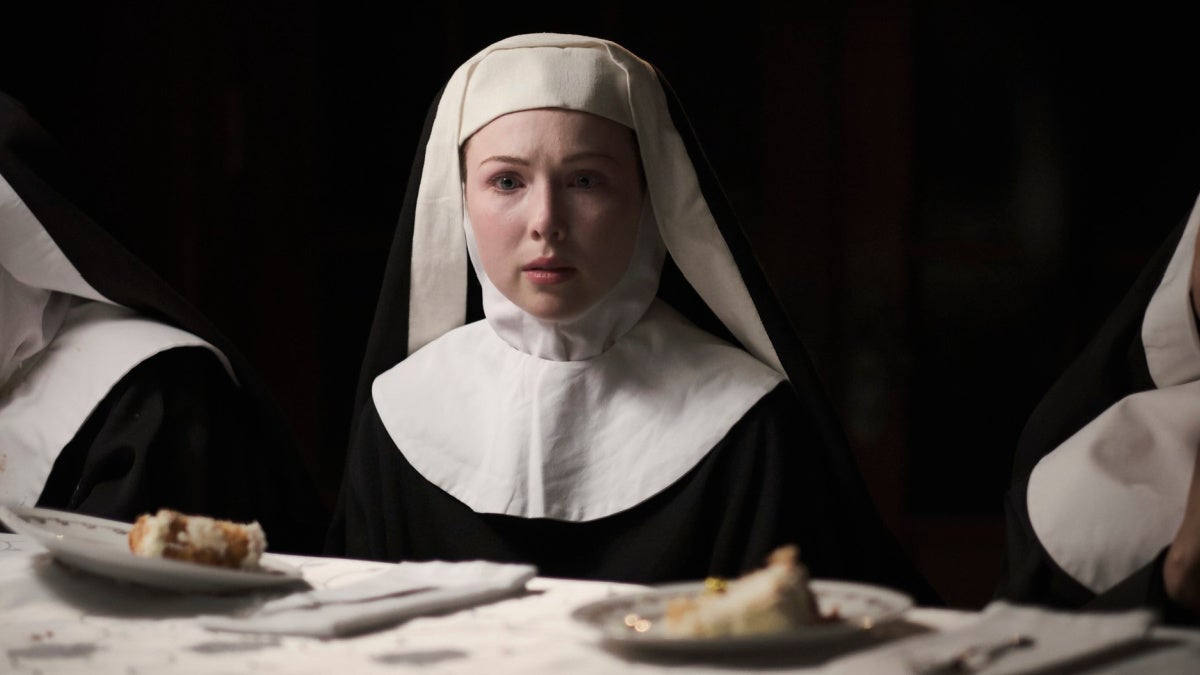 Catholicism and the faith are so ingrained in me that to this day I continue to struggle with the cultural connection between the church and Latinidad. Writer-director Mickey Reece offers his own perspective on Catholicism in “Agnes”, the story of the demonic possession of a nun who has lost her faith.

Yet, with everything on hand – the eerie nature of the church, the stillness of questioning, the supernatural events – the result is a restless and confused mess of a film that has its own identity crisis of what he wants to be or show.

The film opens with a scene depicting nuns during mass, when a younger sister named Agnes (Hayley McFarland, “Sons of Anarchy”) begins to curse and levitate cups. The next few moments passed among the priests deliberating on what to do with the young nun and finding a way to simultaneously get rid of another problem – the alleged pedophile Father Donaghue (Ben Hall, “Minari”). The priest has been trained in exorcisms and is ordered to go to the convent. He brings the priest in formation Benjamin (Jake Horowitz, “The Vast of Night”) and warns the novitiate against the pronouncement of his vows. (How that applies to history, we’ll never know.)

Apparently jumping into an entirely different movie, after Father Donaghue reluctantly performs the first rituals, “Agnes” focuses on Agnes’ friend, another young nun named Mary (Molly C. Quinn, “Castle”) . We are jumping in time in the near future, and Mary has left the convent. She leads a quiet life, even though she exists alone, disconnected and without any pleasure or purpose. One night, she meets Agnes’s ex-boyfriend, a comedian named Paul Sachimo (Sean Gunn). And things get a little weird – and that’s where it ends.

There are several other weird moments in “Agnes” that have left my eyes riveted on the screen. And the question of how every interesting moment the film manages to produce is suddenly abandoned in favor of an attempt to form an entirely different film every 20 minutes or so. Reece and co-writer John Selvidge never seem to agree on what this movie is, and the truncated writing is evident. 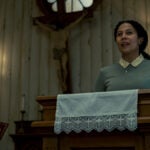 The characters are never developed enough to be interesting, the flashbacks don’t make sense, and all the build-up around a supernatural event – only to deliver the slowest, most depressing tone – becomes one of the elements. the most disappointing.

Performances vary, but it’s not clear who the cast is to blame. Every character is so underdeveloped; a Mother Superior (Mary Buss) appears, only to be a complete caricature of every “bad nun” ever filmed. Same thing with the obscene priest, and the skeptical nuns, and the lewd boss. Not a single character seems to come out of nowhere or go anywhere else, and that’s more of a problem in editing and directing than in acting. 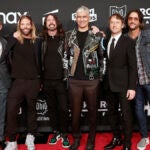 While the dark landscape seems destined to evoke a spooky atmosphere, the absence of any real fear turns production designer Kaitlin Shelby’s installation into a sort of empty, shapeless aesthetic. Unlike contemporary films like “Hereditary” or “Midsommar,” which manage to create an air of palpable depression shrouded in melancholy, “Agnes” just looks sad.

In a film-filled year of two or more hours, “Agnes” luckily only counts 93 minutes, but the slow pace makes it feel like you’re sitting through the entire “Lord of the Rings” saga. . While director Reece has over 20 films to his name in the last decade alone, it still seems like he’s not really got a handle on the plot or the pacing.

“Agnes” opens in theaters and On Demand on December 10th.