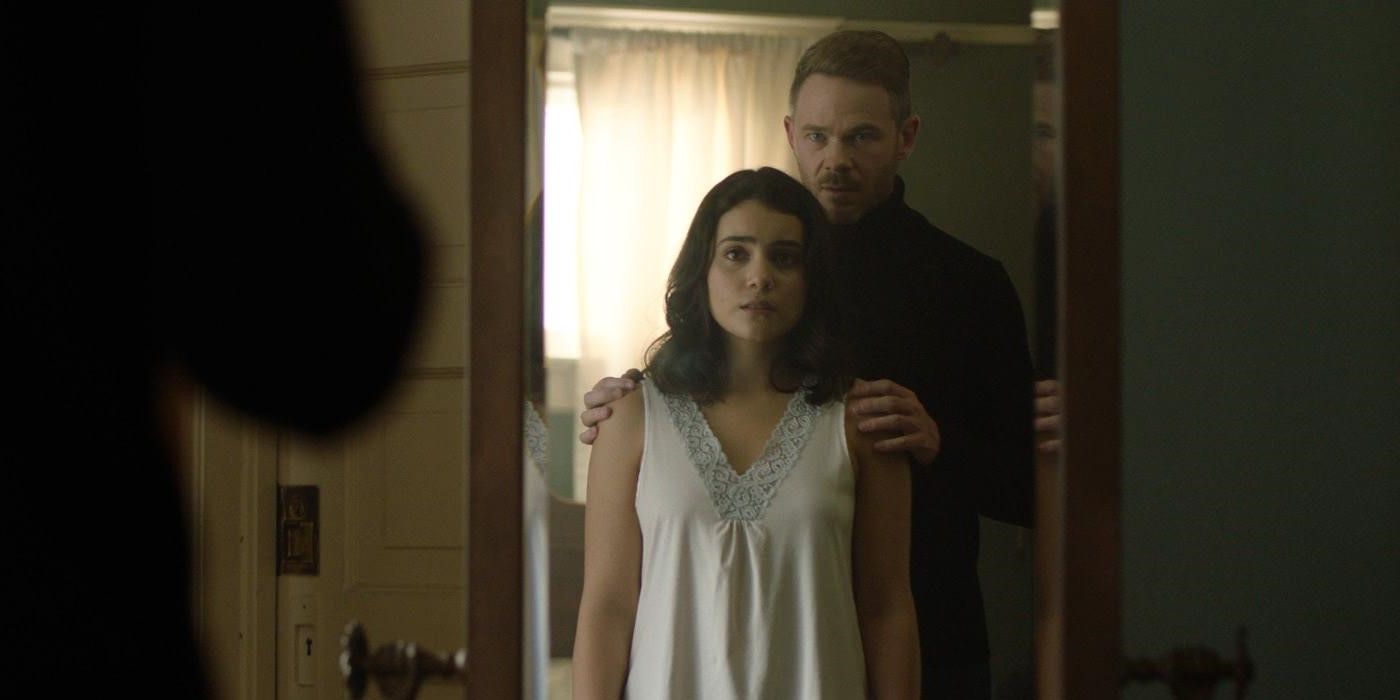 Gravitas Ventures released the trailer for Free fall, and Collider can exclusively reveal your first look at the horror film starring Shawn ashmore, Andrea Londo, and Jane badler. The story follows Sara (Londo), a girl who, after attempting to kill herself, is drawn back into an abusive relationship. It is set to hit theaters and On Demand on January 14.

The disturbing trailer reveals a first glimpse of the spiral of mental confusion and horror Sara goes through as she tries to figure out what’s real and what’s only in her head. Her situation doesn’t get any easier living under the same roof as a man who questions her every thought and does his best to make her think she’s going crazy. At the same time, mysterious and terrifying characters begin to appear in the house.

Free fall is the first solo feature film directed by Adam stilwell. In 2016, he co-directs The triangle, a documentary-style horror film that had five filmmakers (Stilwell, David blair, Adam pitman, AndrÃ© Rizzo, and Nathaniel Peterson) investigate and film the inner workings of a remote community in the Montana wilderness.

In an official statement, Stilwell opened up about what the film’s story represents and revealed that he was eager to share it:

“Free fall is a deep dive into the brutal confusion of a manipulative relationship. A horrific look at the obsession and gas lighting that can posses us when we are at our worst of our worst. It’s an important story and I can’t wait for the audience to experience it.

The gas igniter and manipulator he refers to is Nick, played by Ashmore. The Canadian actor rose to prominence around the world after playing mutant Bobby Drake (Iceman) in the premier X Men trilogy. Since then he has appeared in television series such as What follows, Quantum break, and more recently in Prime Video The boys and ABC The recruit.

VIDEO COLLIDER OF THE DAY

Gravitas Ventures premieres Free fall in theaters and on-demand in North America on January 14. You can watch the trailer below:

Neo and Trinity are back together in The Matrix.

Erick Massoto is a Brazilian screenwriter who has always loved film and television and is obsessed with making lists. He can also name around 700 PokÃ©mon and Digimon from the top of his head, but unfortunately no one has ever asked him to.