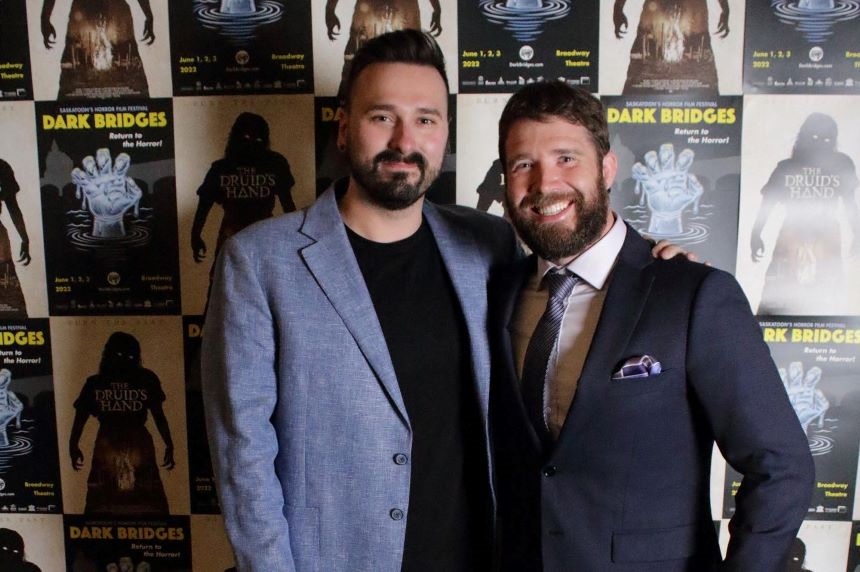 Mitch Oliver and Jesse Sawitsky are the minds behind the Saskatchewan-made horror short. (Submitted)

A horror film made in Saskatchewan is attracting attention in Hollywood.

The 14-minute short film “The Druid’s Hand” has been chosen to screen at LA Screamfest, which runs from October 11-20 at the TCL Chinese 6 Theater in Hollywood. It’s the largest and oldest horror film festival in the United States, and the place where movies like “Paranormal Activity” and “The Grudge” took off.

Director Mitch Oliver, who co-wrote ‘The Druid’s Hand’ with Jesse Sawitsky, said the experience was a dream for them from the start.

“It’s absolutely surreal to know that we made it on our first try,” he said. “It’s the festival with the most press, the most industry representatives present.”

The film tells the story of an ostracized town priest who believes he can detect “dark forces” at work in his community. He asks a local thug to help him destroy evidence of a ritual sacrifice. 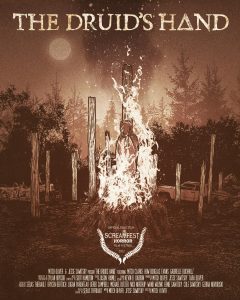 “The movie captures the audience at the end of what the feature film would be, and we see these two characters have to make peace and come to terms with the horrible things they’ve done,” Oliver explained.

Both Oliver and Sawitsky hail from Saskatchewan, as do the cast and crew. And like “Paranormal Activity,” which was made for an initial budget of $15,000, their budget was also miniscule — just $9,000. The film was shot in the community of Alvena, northeast of Saskatoon, and the money to make the film was raised through crowdfunding.

Oliver said a full feature film script has been written and the 32-year-old hopes to do so one day if he can secure sufficient funding.

“How it works…specifically in independent films is you have to do a quality short film as a proof of concept, and show people that you know what you’re doing and you know what kind of story you want to tell,” he said.

Oliver said he thought the film would stand out at Screamfest because of the effort they put into the film, including building their own sets.

The film opened to sold-out crowds at the Broadway Theater in Saskatoon on June 3 to rave reviews.

“People always seemed to be messaging about the nightmares they’ve had since. It’s the best thing that can happen if you want to make scary movies,” he said.

Oliver said his ultimate goal is to bring more cinema back to Saskatchewan.

“It’s a bit embarrassing to see how undervalued it has been over the years, and I think we’re going to show there’s something to do here,” he said. “We have the talents and we have the locations.”