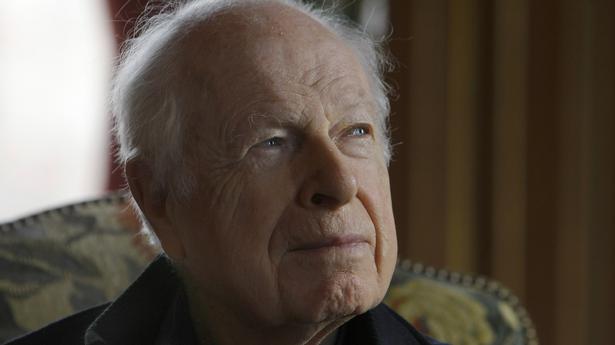 “I can take any empty space and call it a bare stage. A man walks through this empty space while someone else watches, and that’s all it takes for a theatrical act to begin.

So begins empty space (1968) by British director Peter Brook, who died on Saturday at the age of 97. He was famous for his adaptation of mahabharata.

Brook’s goal, as he put it, was to work “out of contexts”, asking himself: “Under what conditions is it possible that what happens in a theatrical experience comes from a group of actors and be received and shared by the spectators without the aid and hindrance to […] shared cultural signs and tokens? »

In 1979, Brook took his international troupe on a trip across Africa, presenting The Bird Conferencea play based on a 12th-century Persian poem, to an audience with whom they expected to have nothing in common.

This phase of what has been called intercultural theater culminated in a famous adaptation of The Mahabharata. Created at the Avignon Festival in 1985 with a cast from many theatrical cultures and traditions, the drama was hailed by critics for its beauty and the limpid theatricality of the staging. However, it also triggered a critical reaction.

As Australians are well aware, there are no “empty spaces” that are simply there to be taken. There are no cultural forms that exist “outside contexts”.

Brook was not naïve about this, but he struggled to reconcile local peculiarity with his universalist instincts. He recognized the mahabharata “would never have existed without India”, but at the same time said “we had to avoid allowing the suggestion of India to be so strong that it inhibits human identification too much”.

For a growing number of critics, this was not only intellectually untenable, but it aggravated historical wrongs.

The mahabharata would mark a significant change in the way cross-cultural collaborations would be approached in the future: greater attention being paid to who has the right to represent what, and how the material and intellectual resources in a given production are distributed.