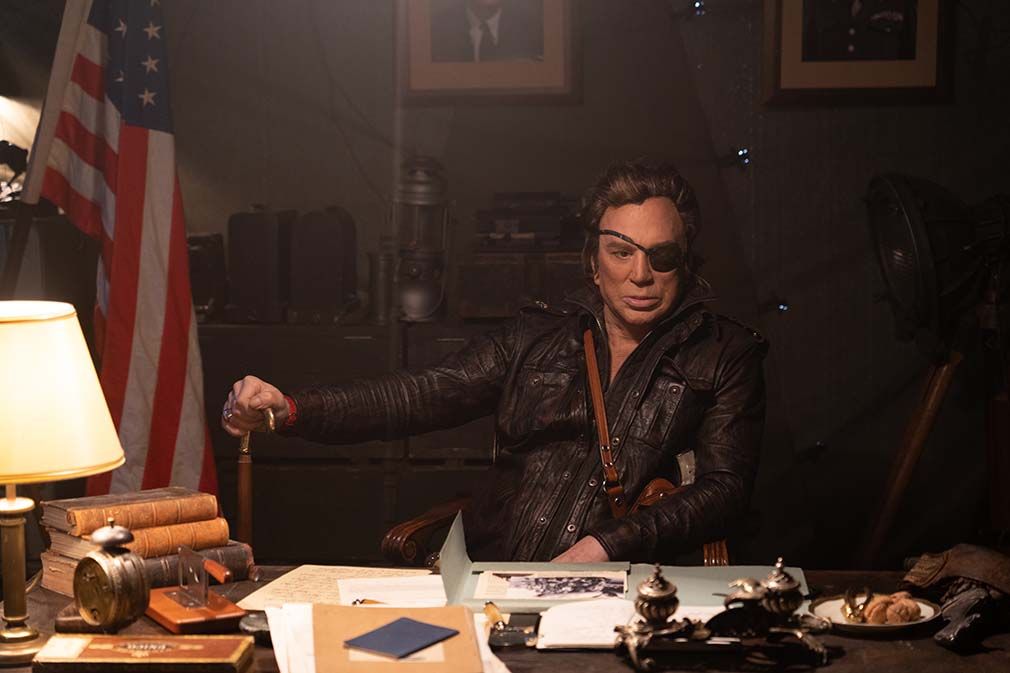 A new movie release shows how an actor can make or break a movie.

“War Hunt” 2nd Year Stars: A US military cargo plane crashes behind enemy lines in the middle of the German Black Forest in 1945. The task of securing the plane’s secrets falls to Major Johnson (Mickey Rourke), a ruthless leader of men.

He sends his bravest soldiers – led by Sergeant Brewer (Robert Knepper) – on a rescue mission to recover the top secret material the plane was carrying. Joining the team is Walsh (Jackson Rathbone), a soldier who is a man of mysteries.

Combining elements of a war and horror movie works because both are driven by violence. In this case, the fight is against both a human and a supernatural enemy.

Rathbone does a good job of providing the thread that ties the two genres together. The problem is that the seam is continuously torn by Rourke. He fell into the habit of playing surly characters in movies and that performance has grown old and tired. Rourke is about to kill the movie because his work is so laughable.

There’s still enough tension between the war and horror elements to make the movie work. “Warhunt” opens in theaters and will be available on digital platforms from January 21.

New on DVD and Blu-ray from January 18

“The Addams Family 2”: The creepy and goofy family goes on a trip.

“Last Night in Soho”: A young woman’s passion for the 60s leads to a dangerous situation.

“Annie live! » : The production for NBC stars Celina Smith in the title role.

“A walk in his shoes”: Personal trainer and author Metra Lundy retraces the steps of American heroine, Harriet Tubman, from Maryland to Canada in a quest to overcome one of the greatest obstacles of her life.

“Riverdale: Season 5”: Archie and the gang start thinking about their future as graduation day approaches.

“Wheel of Fortune and Fantasy”: This is the story of an unexpected love triangle, a failed seduction and a chance encounter with the past.

“The contrast”: It is a contemporary adaptation of the first play professionally produced in America, in 1787, “The Contrast” by Royall Tyler.

“Resident Evil: Welcome to Raccoon City”: A group of survivors must work together to uncover the truth behind what caused great evil to pass through the night. Look for it on DVD and Blu-ray on February 8.