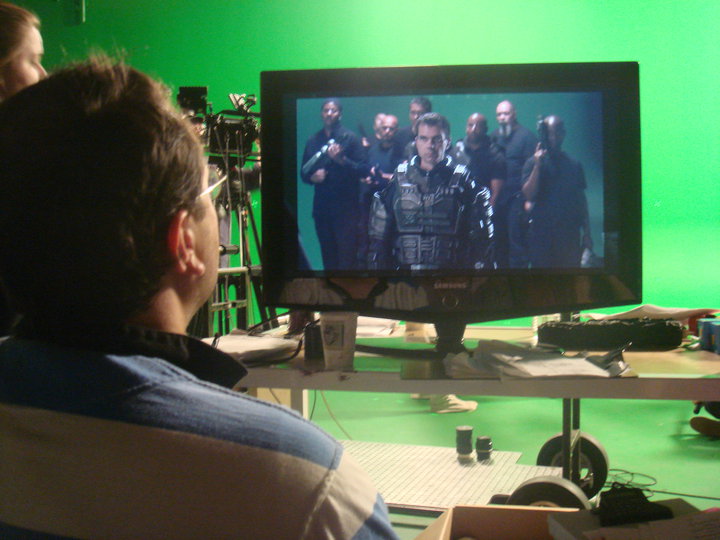 Italian-Argentinian filmmaker Marcelo Grion is finally releasing his first self-financed feature – a project that has spanned more than 20 years.

The film is a sci-fi thriller – expect time travel and alien terrorists – called The Prototype. Grion started shooting it in 16mm 23 years ago. It will premiere at Arizona Harkins Theaters this Friday, February 25, and will be available on streaming sites March 8.

Grion wrote his first screenplay when he was just 11, but his Italian immigrant father discouraged the young filmmaker from pursuing a path in the arts. Grion’s passion persevered.

He then studied at the Fundacion Universidad del Cine in his native Argentina and wrote, directed and produced several short films. “I chose cinema because it was my childhood passion,” he says. “I fell in love with the movies and the characters.”

Although he did not have the funds to complete his film studies, he made a series of short films and had many connections. “After that, I wanted to go to the United States because I really wanted to go to Hollywood,” he says. “I had the courage and had some money saved up so I was able to make the trip, but I said, ‘I don’t think I’m ready yet.’ I wanted to make another film before leaving.

So he embarked on another project – a 40-minute film that took him almost three years and allowed him to gain fame in the entertainment industry. “I did interviews, I was on TV, people recognized me on the street,” he says. He was finally ready to face Tinseltown.

Grion came to Los Angeles with a sci-fi script and started working in restaurants to pay the bills. He made small independent productions and worked in several studios while marketing his film to agencies and production companies. “Nothing came of it,” he says. “Eventually I had to start doing it myself. I just couldn’t wait.

He took a leap of faith and spent the rest of his money on boxes of 16mm film and a camera. The Prototype finally came to fruition after a series of hurdles that could have stopped a less determined director. Shot in southern Arizona and Italy, the film was in post-production six times and directed by several different visual effects teams. Grion also had to go through the pandemic and a particularly traumatic car accident.

“This huge SUV came sideways and hit my car so badly that it flipped over. I was upside down with my seat belt on, glass everywhere,” he says. “But I survived .”

These hindrances put a lot of things into perspective for Grion, who shot part of The Prototype in Tucson and Benson. He spent a lot of time thinking about his heritage. “That’s why I wanted to make movies,” he says. “Being a filmmaker allows me to create new worlds and live forever… life is beautiful, but it goes so fast.”

Grion is grateful that the cast of The Prototype stayed with him for 23 years and hopes it will open doors for their acting career as well.

“Hopefully by 2022 the prototype will be in all countries,” he says. “That will be the goal – to connect with people, meet people, help people and get involved in new projects. It would be phenomenal.