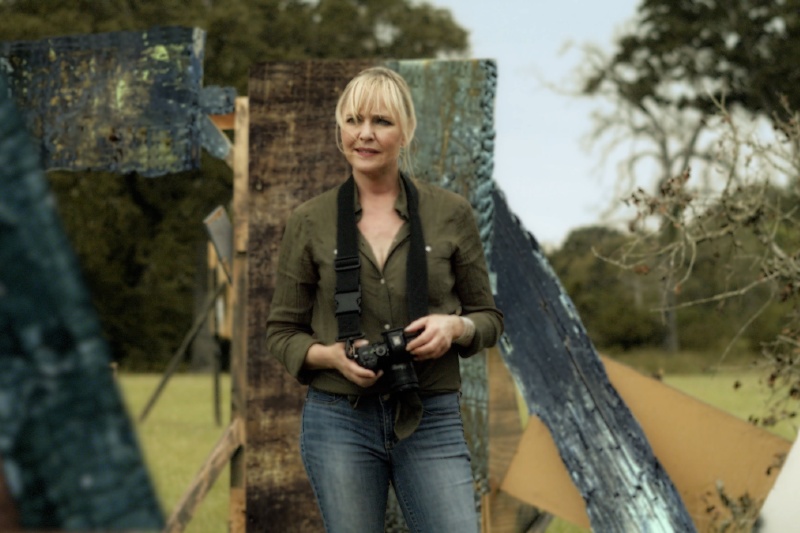 Veteran actress Lisa Wilcox (“A Nightmare on Elm Street” 4 & 5) spoke about her new movie “The Mystery Spot.” It will be released on digital and VOD worldwide via Terror Films on October 7.

It was directed by Mel House and stars Graham Skipper, Lisa Wilcox and scream queen Debbie Rochon. “It was amazing,” she exclaimed. “We filmed it in this little town called Hempstead in Texas, and we actually stayed at this one-story hostel in the middle of nowhere. We lived there and worked there, it was great.

Wilcox was drawn to the role of Rachel because of that character’s “fragility”. “The guilt Rachel suffers from is overwhelming, and it’s something we can all relate to and blame ourselves for a mistake we may have made in our lives,” she explained.

The synopsis of “The Mystery Spot” is as follows: A number of lost souls find refuge in a small motel in the middle of nowhere, its only distinguishing feature being the ruins of an old Mystery Spot – a roadside attraction. long dead road with strange metaphysical powers.

Nathan and Rachel find solace in each other, both trying to escape dark pasts that seem to be using the Mystery Spot to transition from painful shadows in their lives to very real entities of the present. Everyone at the Mystery Spot will be affected by its unique properties, but only some will survive its earth-shattering implications.

“I consider this more of a twilight zone than a horror movie,” she said. “I think viewers will feel a lot of compassion for the characters in the story and find it connected to their own lives.”

As an actress in the digital age, she said, “It can be difficult. It’s definitely a whole other world when I started playing in the 80s. It’s great because there’s so much content out there now.

For young and aspiring actors, Wilcox said, “Back then it would be doing theater, because that’s where ingenues were discovered. Now it’s more about the digital world, being an influencer, TikTok and so many other ways to get your name out there. Also, train, take classes and do some acting.

Under the title of the current chapter of her life, she replied, “I am in my penultimate chapter. I’m playing more villains and character roles, which is a lot of fun.

If she should have a super power, she said with a soft laugh, “Fly.” “So I can avoid traffic,” she said.

For Wilcox, “A Nightmare on Elm Street” 4 and 5 was an “incredible” experience. “It was very early in my career, and being a part of this franchise still blows my mind. It’s the gift that keeps on giving. The horror community is absolutely phenomenal and loyal. I’ve always loved the horror since I was little. I’m eternally grateful and have made friends with the cast members I’ve worked with. We really are like family and I couldn’t have asked for more,” said she declared.

She shared that she loved doing the “Barbee Rehab” limited series. “It was so much fun,” she admitted. “I just loved this whole concept. We had so much fun on set.

Wilcox noted that she loved doing “A Place Called Hollywood,” starring Kristos Andrews, which was written and directed by Gregori J. Martin. Kristos played Charlie and she portrayed Pam Laudenslager, her on-screen mother.

“When Kristos made this movie, it was just getting started, and now it’s huge,” she said. “Kristos is the nicest, most charming young man in the world, and also, not to mention incredibly gorgeous. Kristos is lovely. I’ve also known director Gregori J. Martin for a long time.

On her definition of success, she said, “Success, to me, means succeeding at what you love to do, whatever it is.”