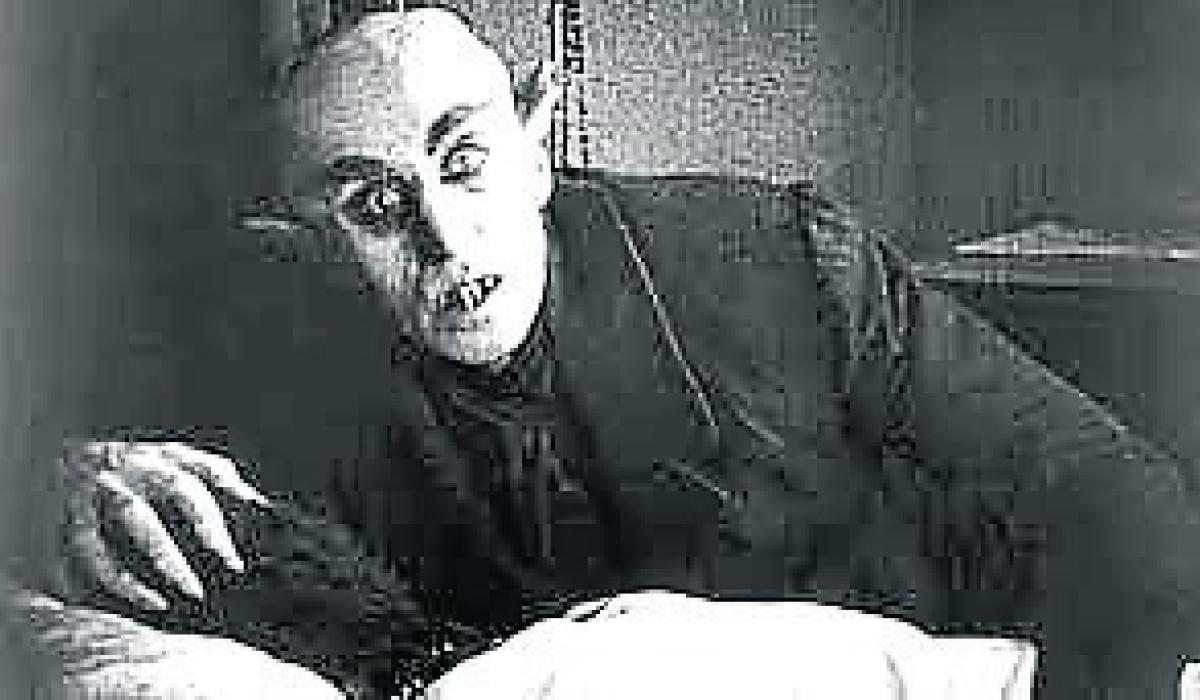 The Island Theater, Ballinamore is pleased to present Nosfertatu: A Symphony of Horror Movies with a Live Soundtrack from Greenbird, this Thursday, December 30 at 6 p.m.

This classic film is a 1922 silent German Expressionist horror movie directed by FW Murnau and starring Max Shreck as Count Orlok, a vampire loosely based on the famous Dracula.
Along with the screening of the film, local alternative folk group GreenBird will perform their highly original live soundtrack.
GreenBird is a group that draws on a tapestry of folk music, early music and jazz to create their own sound of melodies and songs that occupy a timeless folk genre. Their music is supported by rich harmonies which add texture and color to simple tunes.
The group consists of Cliodhna Quinlan on violin, viola and backing vocals, Mark Murphy on piano, guitar and mandolin, and Mandi Frankham on vocals and flute.
As an accomplished silent film orchestra, performing at the Blackrock Film Festival in Louth and the Dock, they use piano, violin, vocals, flute, looping drums and sound effects creating accompaniment atmospheric, strange and alive. The result can be scary at times, but it is also beautiful, accessible and a lot of fun.
“It’s hard to categorize this music, but we believe it is true to the tradition of musical accompaniment in silent films and also our own diverse background in many different music including folk and jazz.
“It’s a great movie and we try to make the musical score match the on-screen action that is always at the center of it. There are also many improvised elements in the performance that ensure that each performance will be unique, enjoyable and, hopefully, memorable. “
Responses to previous performances:
“Astonishing”
“It was my first time seeing a silent movie and I loved it. The music was amazing.
“The music complimented the movie beautifully, made the experience so much more.”
“Great job GreenBird, I can’t wait for more! “
Tickets cost € 5 and are available at www.islandtheatre.ie
The film is rated 12.

This project was made possible with the support of Leitrim County Council and the Department of Tourism, Culture, the Arts, Gaeltacht, Sports and Media as part of the 202 local entertainment programming program.
It’s a unique opportunity to see a very special show and definitely a break from the norm this Christmas. If you haven’t entered the newly renovated theater yet, that’s an incentive too!