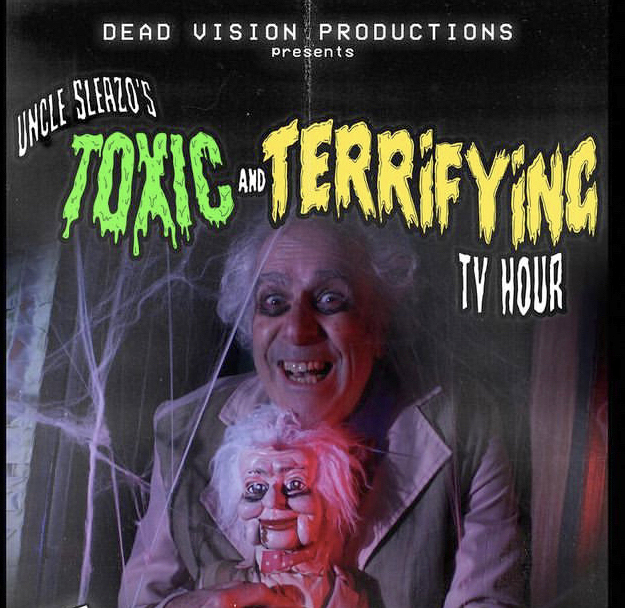 June 02, 2022 — You’re going to have a great time this Saturday night, when Uncle Sleazo’s toxic and terrifying TV hour will premiere at the Pendragon Theater in Saranac Lake. It’s hosted by a charming and unsettling television personality, Uncle Sleazo, played by longtime local actor, Jordan Hornstein.

Filmmaker, writer and director Lucky Cerruti, based in New York and Lake Placid, teamed up with longtime collaborator, puppeteer Matt Sorensen, formerly of Saranac Lake, to create the film. It features plenty of local actors and includes three horror shorts sandwiched between parody commercials and movie trailers. Cerruti, Sorensen, and most of the film’s cast all met and worked together in Pendragon.

Cerruti, who runs Dead Vision Productions, told Todd Moe it’s an homage to late-night TV shows with vintage cable access. But, A word of warning: leave the little ones at home, because the film is not suitable for young viewers due to adult content, foul language and overdone gore. Otherwise, Cerruti says the wacky anthology has comedy, scare, puppetry and “something for everyone.”