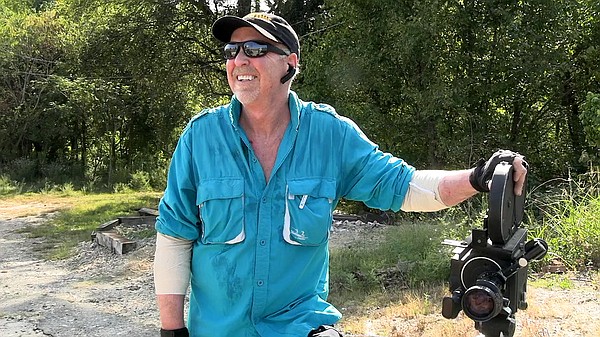 Horror film festival scheduled for this weekend in a renovated theater

The 2021 Hot Springs International Horror Film Festival will be held at the Historic Central Theater Friday through Sunday, with events starting daily at 4 p.m.

â€œWe have people coming from all over; Texas, New York, California,â€ Bill Volland, festival director and founder, told The Sentinel-Record.

â€œWe have a few celebrities coming in,â€ he said. â€œWe have seminars, ‘How to make a mask.’ We have Alan Howarth, who makes movie soundtracks, he’s going to star on some of the movies he’s done in the past, like the “Star Trek” and “Hunt for Red October” movies … “Halloween”.

Alfred Hitchcock’s 32-foot camera crane, manufactured by Universal Studios, will once again be on display in the parking lot at National Park / Henderson University, weather permitting, according to the festival’s website.

Hitchcock has used the camera crane on films like “Psycho” and “The Birds”.

â€œAs soon as Hitchcock used it once, he didn’t let go,â€ Volland said. “He stayed in his apartment building. And we’ll have this one there for the photo ops, and I’ll do a little history on it. It’s definitely a film museum piece.”

This year’s event “should be good. We haven’t received that many submissions, due to COVID. But we’ve had enough to feel the time slots,” Volland said.

The seminar’s guest speaker, Howarth, will allow attendees to “experience music in powerful new ways,” the event’s website says, noting that they will go “far beyond listening to music. music and begin to really feel it, absorbing all the music it has to offer. “

Tony Buck, along with Tony Buck Studios, said, â€œI do a sculpting seminar. I bring a bunch of stuff from my studio like sculpting shapes and molds and stuff like that. I just show people how to make shapes. Halloween masks from start to finish. From sculpting it and clay, pouring it into the mold, painting it and trimming it and putting hair in it. “

Buck has made masks for movies and TV shows such as “Game of Thrones” and “The Walking Dead”. For the latter, Buck said he created masks for characters called Alpha and Beta.

â€œI do stuff for, you know, independent filmmakers to movie producers, TV shows, like Netflix shows. I’m going to get a producer to text me and say, ‘Hey, we have need a zombie with half of his face ripped off or something for that certain scene. You know, something like that, â€Buck said.

Buck said he also made masks for heavy metal band Slipknot, known for wearing horror-style masks during their performances.

â€œThen there’s a TV show called ‘The Oath’,â€ Buck said. “50 Cent actually did it. I made some masks for a bank robbery scene in there.”

Prior to making masks, Buck was in insurance sales, but said he dreamed of working in special effects from an early age.

â€œI was probably about 7 or 8 when I first saw the movie ‘ET’. I remember we watching like ‘HBO Behind the Scenes’ or something like that. And they show like these guys. Hollywood special effects doing ET and doing all the special effects in that movie. And I remember thinking when I was little, â€œDude, this is what I wanna do when I grow up.â€ Everybody got it. a dream, you know when they grow up, and i always wanted to be in special effects, â€he said.

â€œI tell people all the time to follow your dreams. That’s what I always say when giving advice to people. If you don’t like doing what you do, try to do what you want. is too short to settle, “he said.

Attendees will see many changes that were made to the historic Central Theater during this year’s festival. Now called Central Theater HS, it was purchased last December by local real estate agent Chris Rix and has since hosted a variety of shows, while undergoing a complete renovation.

â€œI think people who have been to the theater in the past will be a little shocked,â€ said Rix, â€œbecause everything is totally different in the venue. From the marquee outside to the lobby, even through the entrance. in the theater part … major, major renovations. Some things have been removed to provide additional seating that was original for the building.

â€œWe basically dismantled the structure, including a huge drop ceiling which was probably installed in the 1950s and was not in keeping with the original Art Deco era. Lots of significant renovations were done than most. people won’t know. Lots of electricity updates and stabilization, â€he said.

â€œThe whole HVAC system is new. And you would never know, but I went to the extra cost to install a device called an active dust remover, and it’s an air sterilization process. So while we are in a pandemic climate, this is one more step that I have taken to hopefully help with all types of allergens, COVIDâ€¦ anything of that nature, â€said Rix, noting that the device kills tuberculosis, mold and COVID.

â€œOverall it’s just a total makeover, there’s a new screen. There’s a new sound system, there’s new lighting. Everything is just being updated. Some of it. things are finished, some are still in progress. We are adding a full bar. So this will be an update coming in the very near future. It will not be ready for this film festival, but it is happening and building at moment we speak, â€said Rix.

Theater owner Chris Rix said: “I think people who have been to the theater in the past will be a little shocked because everything is totally different in the venue.” – Photo by JP Ford of The Sentinel-Record

â€œI want something to happen at the theater as often as possible. You know, Wednesday, Friday, Saturday night, at a minimum. It’s a community space,â€ he said, noting that he was delighted to see the horror festival stay at the theater.

â€œHe obviously has bills to pay, but they call it community improvement. And that comes from shows whatever the community needs,â€ he said. “This is how I feel for the future. And once we have completed the complete renovation, I will be flexible enough to meet different needs.”

For more information on upcoming events, Rix said there is a new website up and running at https://www.centraltheatrehs.com.

For more information on the film festival, visit https://www.hotspringshorrorfilmfestival.com or purchase tickets at https://www.filmfreeway.com/HotSpringsHorrorFilmFestival. 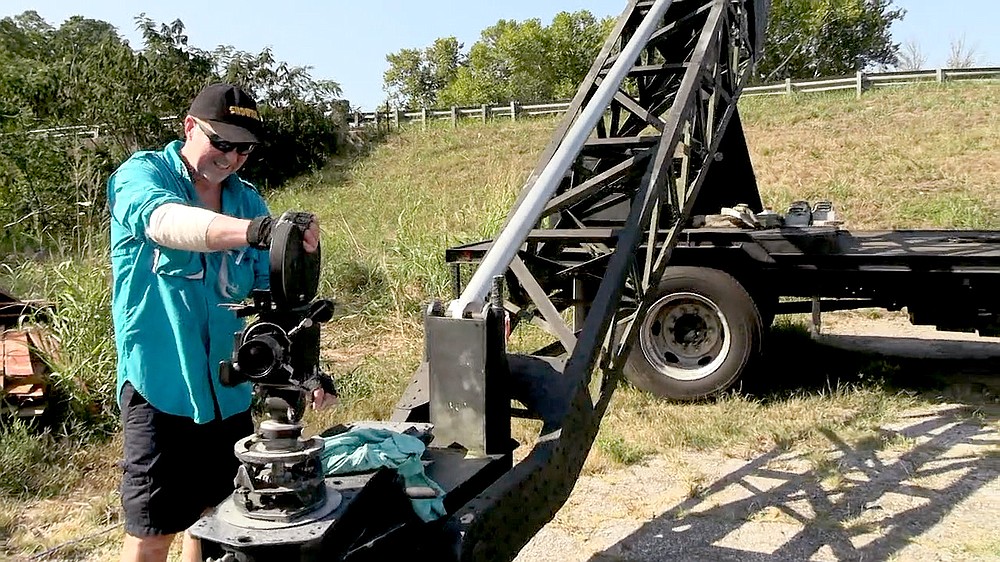 Horror Film Festival, operates a camera crane once used by Alfred Hitchcock. – Photo by Tyler Wann of The Sentinel-Record” style=”width: 100%”/>