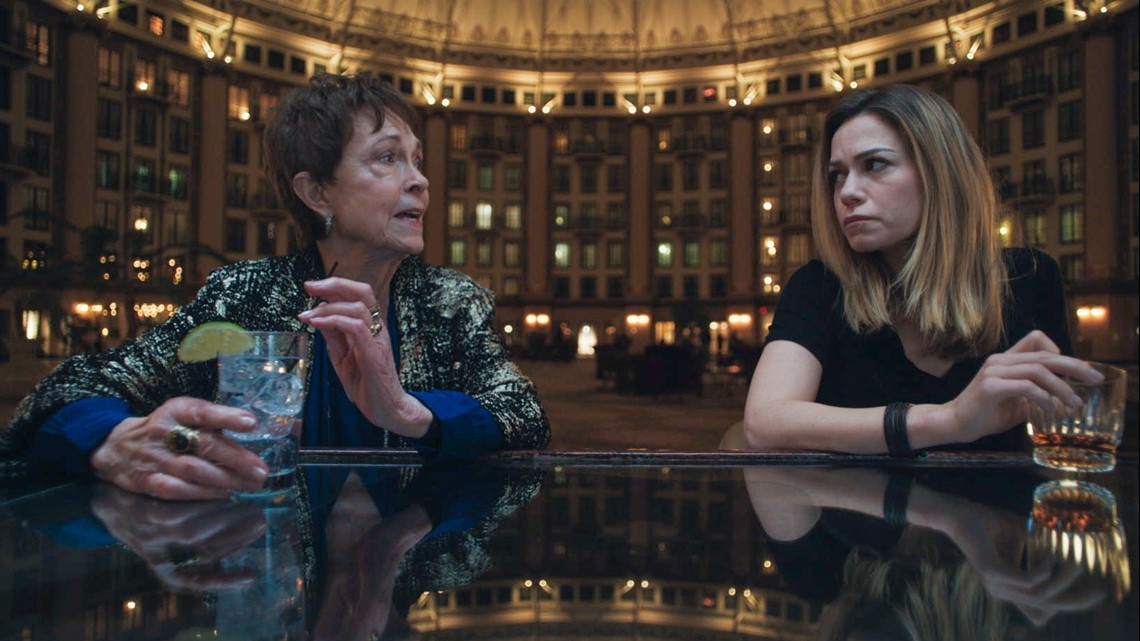 The film, adapted from the book by Michael Koryta, will premiere in domestic theaters on Friday, March 25.

What better place to share a ghost story about uncovered secrets of the past than French Lick and West Baden Springs?

This is where the story and the mystery seem to arise inexplicably from the trees.

Bloomington-born author Michael Koryta was drawn to what was called the “8th Wonder of the World” from an early age.

“The first time I saw this hotel I think I was around 8 years old. I came with my parents and the hotel was still in ruins at that time. It was very scary. You know , there was this sort of haunted vibe,” Koryta says. “You see this dome and you drive through farmland and it’s beautiful, bucolic, but it’s farmland and then there’s this thing that just doesn’t seem to fit, and as a novelist, in As a storyteller, when you see the wrong thing, you know it’s got your attention.”

Years after first visiting the hotel, seeing the Cook family’s stunning renovation, Koryta knew he had to write about it. It’s the setting for his New York Times bestselling novel, “So Cold The River.”

“The lasting memory I have of it is, ‘Why was it here and where did it go?’ So those are the elements that ultimately led me to write the book. The juxtaposition of past and present that exists in most communities doesn’t really exist here in my opinion. The past is just always there,” said Korita. “The past seems to live in the present and it’s inherently a ghost story to me!”

Now this ghost story is coming to the big screen. The Bloomington-based Pigasus Pictures film was shot and filmed entirely in Orange County, with a crew from Hoosiers behind it. It’s the highest-profile movie made in Indiana in decades. Koryta said the crew knew they just had to film the book adaptation at West Baden and French Lick.

“People will always tell you that you can’t do things in Indiana. You have to be on one of the coasts. You have to be somewhere else, and I love that this group got together and said, ‘No , we are going to find a way to do it here and make it a product of the place, of the state,” Koryta said. “Being an Indiana native myself, this story is dear to me. But to have it written for the screen and directed by fellow Indiana native and IU graduate, Paul Shoulberg, and produced by another Indiana native and graduate Zachary Spicer; having Carl Cook involved, Pete Yonkman, we’ve got a lot of Hoosiers coming together for that.”

“So Cold the River” is a supernatural thriller starring Bethany Joy Lenz (“Dexter,” “One Tree Hill”). Tony Award winner Deanna Dunagan and Indiana native Andrew West (“The Walking Dead”) also have lead roles. It is adapted from Koryta’s novel about a documentary filmmaker, who takes a job to investigate the dark secrets of a dying West Baden millionaire.

“He has a hidden history and a lot of secrets,” Koryta explained, “and the only tangible clue she has to his childhood is a single bottle of Pluto water.”

Yes, this water from Pluto – the “healer of ailments” of the local mineral springs, with a devil as a mascot and the slogan “What nature will not do, Pluto will do”. Decades ago, the purported mythical and medicinal properties of this water lured the rich and famous to Indiana. It’s one of many local references that Hoosiers will recognize in the film.

Hoosiers are in it too. Local residents were cast as extras during filming which wrapped just before the pandemic hit. French Lick Resort facilities manager Justin Harris is in the trailer — at least, if you watch real quick, real quick.

“I’m a gentleman reading a newspaper on the trolley with a bowler hat. I was like, ‘Oh, break! I have to take a break and go back and this is so short. It took me hundreds times to get him to stop the right moment,” Harris said. “It was all exciting! I loved. Would you like my autograph? I’m not charging now, but once, you know, I become a superstar…”

The real star of the movie might just be the hotel itself.

“The hotel is my favorite character!” Koryta said. “It’s very special. As a novelist it was special and then in film I thought it was just – it’s extraordinary,” Koryta said.

RELATED: The Story of the French Lick Resort: Overcoming the Crisis Then and Now

The atrium, bar and pool are all in the movie. The teams also shot at the French Lick Casino and outdoors at French Lick.

“My favorite shot in the movie features the train. That’s my only spoiler,” Koryta said.

The West Baden Springs Hotel actually retained a guest bedroom used in the film. Visitors can even spend the night there. Room 4626, now dubbed “The Movie Room”, has been redecorated by decorators for spooky effect.

Apparently this design worked as expected. Hotel staff said some guests who have stayed here since have been scared and asked to be moved after just one night. Koryta, unsurprisingly, was thrilled to hear this.

“Anyone’s dream that sits down to write something scary is that you’re going to cost someone at least an hour of sleep. Knowing that I might have cost someone an entire night is that. is just beautiful to hear,” Koryta said. . “The highest praise!”

‘So Cold the River’ filmed at West Baden Springs Hotel 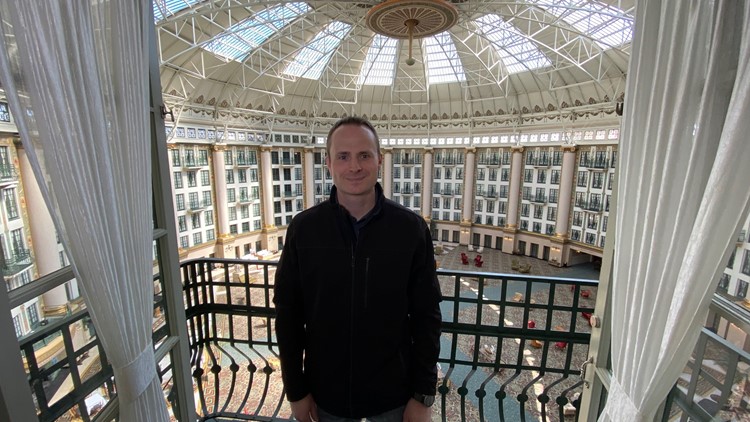 For Koryta, the location, her novel, and now the film represent a full-loop moment, sharing a Hoosier horror thriller directed and inspired by an Indiana landmark.

“It’s very exciting that we’re going to introduce it to the world now, but that it was born here and shot here and I hope it appeals to people as well,” Koryta said. “Anyone who has been there will recognize and respond to it and I hope anyone who hasn’t seen the hotel will want to come here and experience it.”

The film is screened in select theaters nationwide from Friday. Here’s where he’ll play around Indiana:

“So Cold The River” will be released on demand and digitally on March 29.