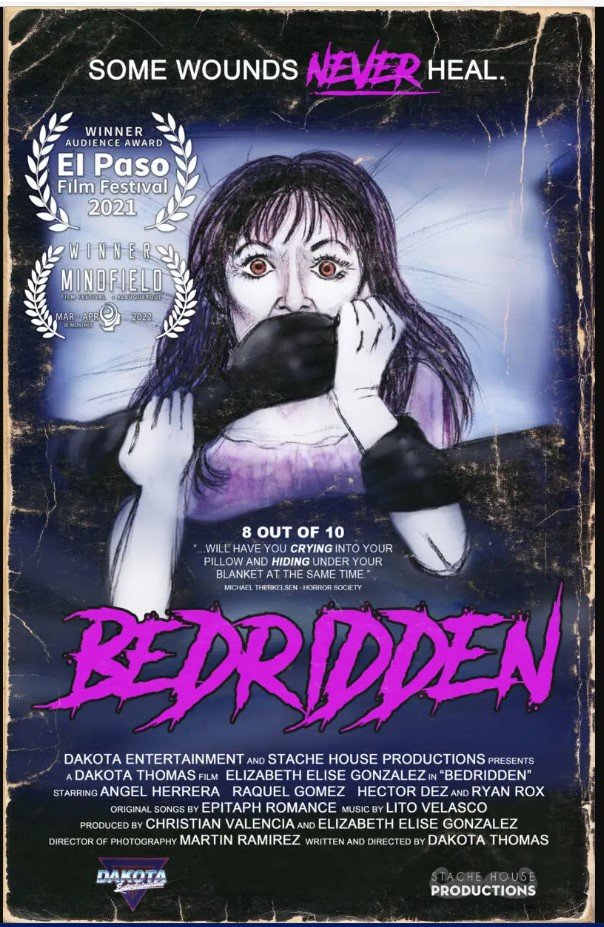 “Bedridden,” a locally made horror film, will have a special screening at 5:10 p.m. on Sunday, June 5 at the Fountain Theater, 2469 Calle de Guadalupe, in historic Mesilla Square.

There will be a question and answer period with the cast and crew after the screening, and movie posters will be distributed.

Tickets are $9 for adults; $8 for seniors 60+ and military; and $7 for Mesilla Valley Film Society members and children 14 and under.

Buy your tickets online at https://mesillavalleyfilm.org/. Click on “Showtimes and Tickets”, scroll down to the calendar, click on “June 5”, then on “Bedroom” on June 5.

All proceeds will be donated to the Fountain Theatre/Mesilla Valley Film Society.

According to www.horrorsociety.com “’Bedridden’ tells the story of Teri, “a weary widow, faced with the painful task of rebuilding her life as a single mother, following a traumatic encounter with an armed attacker. When her worst fears seem to come true, Teri finds herself bedridden and trapped with her new enemy in a game of cat and mouse about life and death.