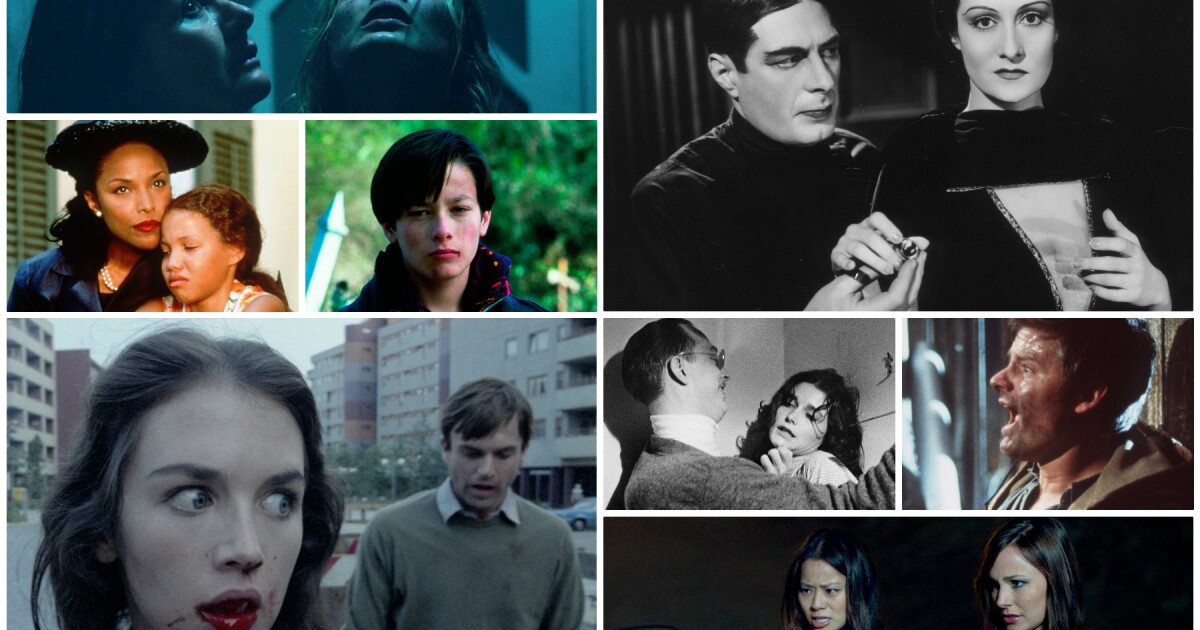 About “Frightfully Unsung Horror Movies” [Oct. 31 by Sonaiya Kelley, Jen Yamato and Dawn Burkes]: As a horror fan, I was delighted to see many suggestions that I hadn’t heard of. Thanks for that.

Two that I would add are little-known sequels to well-known movies.

“Psycho IV: The Beginning”, a cable film directed by Mick Garris (a contributor to your article) and written by Joseph Stefano, who adapted “Psycho” from Hitchcock, is a must-see. This is a prequel and a third sequel and Norman Bates calls for a radio show which is about matricide or the murder of his mother.

“Exorcist III” will definitely give you nightmares. Directed by William Peter Blatty from his novel “Legion”, it is the sequel to “The Exorcist”. It’s worth watching just for Brad Dourif’s turn as the Gemini killer, but there are plenty of other truly horrific moments.

Please mention “Scanners”, “Fallen”, “The Omen”, “The Exorcist”, “Jeepers Creepers” and “The Hunger”.

Regarding Carolina A. Miranda’s column “Dark Days at UCSB” [Nov. 2]:

Why would UC Santa Barbara let himself be [cowed] in submission by a 97-year-old billionaire tyrant? Let [Charles] Munger lives in a building with few to no windows so he can experience his own architectural designs in person.

As a parent of four, I would NEVER allow (and yes, I shouted that) or pay for my child to live in the future Munger.

Mistress of Darkness saves the day

I especially enjoyed James Reed’s review of Cassandra Peterson’s memoir “Yours Cruelly, Elvira”. [“Elvira Steps Out of the Darkness,” Oct. 31].

I was a writer for “The Bob Hope Show” in the early 1980s, when Peterson was the guest of our annual Halloween special.

Featured as a customer in a “Cheers” parody skit, Peterson tells Hope, who plays “Coach” the bartender, “Nice costume.” Who is your undertaker?

The show was taped on a Friday and the next day actor Nick Colasanto, the real bartender of “Cheers”, died of a heart attack.

Hope immediately called on the writers to provide an alternate line for Cassandra to dub on the original. She read the new line perfectly: “Nice costume. Has your makeup artist stopped?

A dark day in history

As an observer of the 1971 Attica uprising and an anonymous participant in the Stanley Nelson documentary “Attica”, I write about Roxana Hadadi’s review of the film. [“‘Attica’ Will Rattle You. As it Should,” Oct. 29].

In a nutshell, it was masterful, capturing the thoroughness and care with which this excellent film was crafted. The review exposed the racism and brutality of the authorities they used to run the prison and plan the deadly assault to take it back.

Against the unanimous advice of observers, Governor Nelson Rockefeller ordered the attack which killed and injured not only many unarmed inmates, but also the prison’s own guards and trapped workers.

With puddles of blood and mud on the ground, officials then authorized the mass torture that followed.

The festering crime is that the American Attics remain inhuman prisons held together by racism and fear.

On Justin Chang’s “‘Dune’ Kicks The Dust” [Oct. 22]: Should we really throw the adaptation of “Dune” by David Lynch under the bus to serve the relentless promotion of the new version of Denis Villeneuve?

It might have been too camp for serious sci-fi people, but it’s far from horrible.