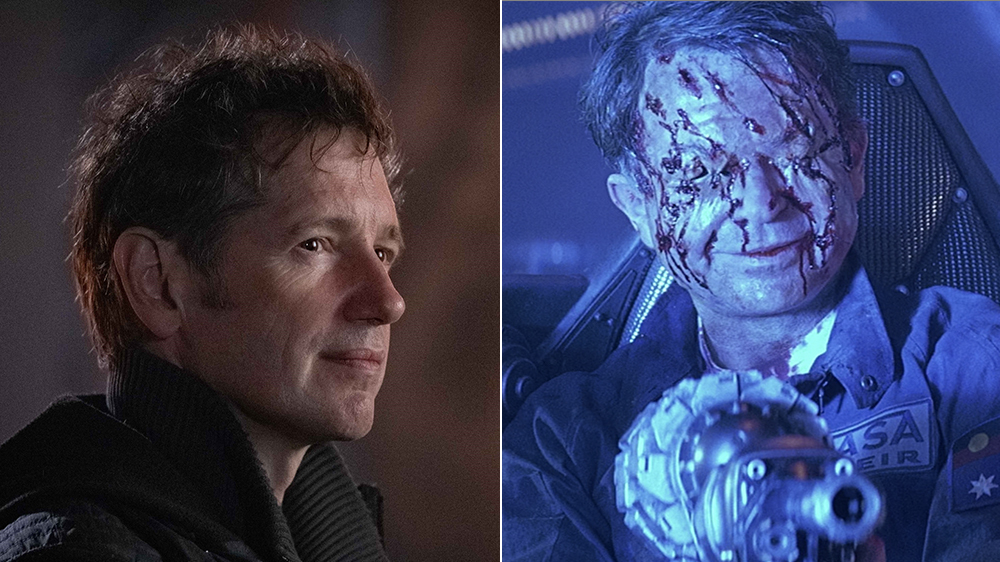 When Paramount got its first glimpse of a cut of “Event Horizon” in 1997, some studio executives thought director Paul WS Anderson had made a film so disturbing it slandered outer space itself.

“Somebody actually said to me, ‘We’re the studio that makes Star Trek! ‘” Anderson recalled with a smile on his face. “They weren’t just horrified by my film; they felt like I was smearing ‘Star Trek‘ somehow, because I was also in space and doing all these terrible things.

“Event Horizon” boasts an impressive ensemble, led by 90s kings Laurence Fishburne, who plays the cautious leader of the crew, and Sam Neill, as the suspicious engineer behind the missing ship’s experimental engine. The other crew members, a diverse group of work buddies, are played by Kathleen Quinlan, Joely Richardson, Jason Isaacs, Richard T. Jones, Jack Noseworthy and Sean Pertwee. Most of them meet untimely ends.

“I don’t think we were ever going to test well because the ending of the movie is kind of underwhelming,” Anderson explained. “When you disturb an audience, they’re not going to say, ‘Oh, that was a great movie experience.’ But we delivered a movie that really stuck with people, and I think the extensions were appreciated for that.

Although “Event Horizon” was not designed to succeed as a summer tentpole in theaters, it became one of the first cult films of the 90s. Paramount even came to the film, with its home entertainment arm launching a new 4K Ultra Blu-Ray SteelBook limited edition of “Event Horizon”, just days before the film celebrates its 25th anniversary on August 15.

To commemorate the silver anniversary of “Event Horizon,” Anderson sat down for a chat with Variety to discuss the film’s troubled post-production process, its rise in popularity, and how it sparked a love for the horror genre that influenced the director’s entire career.

I reviewed the film with commentary from you and producer Jeremy Bolt. It seems that the test screenings played a major role in shaping the final cut.

It was a very intense testing procedure. Testing is not a director’s favorite part of the filmmaking process. You present your film that you worked on for a long time in front of an audience of 350 people who don’t care how hard you worked. Either you entertain them or you don’t. We were in a very strange position as our release date suddenly changed. Paramount was producing “Titanic” with 20th Century Fox at the time and James Cameron had just announced he would be pushing back until winter. Suddenly Paramount had a big place open this summer. We only had about four weeks to make a cut before we put it in front of an audience for the first time. Normally you would have 14 to 15 weeks. So the cut of the film was quite ample, quite long.

Can you remember what the studio’s first reaction to the film was?

I think Paramount was a bit shocked. There was all this gross horror and all these disturbing images. I don’t think anyone at the studio has really seen this stuff before because I was filming in England. Usually people in the studio watch what the main unit is shooting, but all the horror stuff was done by the second unit, directed by me on the weekends. I don’t think anyone at the studio actually watched the second unit material, so they hadn’t seen all the impales and all the other people having their eyes and intestines gouged out. I received a lot of difficult grades.

The film lasted – we are talking about it 25 years later, after all. What has been your experience watching its growth over time?

When the movie first came out it worked fine, but it wasn’t what I had hoped for. I was going to do a movie with Kurt Russell (the 1998 sci-fi action movie “Soldier”) and I showed him “Event Horizon”. He said, “Paul, 20 years from now, this is the movie you’re going to be really glad you did.” He was right! I thought that was very generous of Kurt, considering I was about to go make a movie with him. The film was gripping. He didn’t fire his shots and he was true to what he wanted to do. We didn’t have a huge amount of time to cut trailers, do posters and do a very elaborate campaign, but over time people found the film. It was a wonderful experience to watch the audience grow.

You aired frustrations in the comment on the poster Paramount landed on to promote the film.

Look, you can throw a plate at the screen and randomly select a better image to be the poster than the one we ended up with. But it was just a rushed process. You think of “Alien” and that movie’s very elaborate promotional campaign, where they started with an alien egg on teaser posters. We have not benefited from all this.

The film is full of striking images. Are you nostalgic for that time when most visuals could be created behind closed doors? Doing digital effects in post-production has become much more common.

I worked with this very good VFX supervisor named Richard Yuricich, who had worked on “2001” and “Blade Runner” and all those movies where the visual effects really hold up. I was very interested to know why. Richard said: “I always pushed to do it for real. If you can do it for real, it’s better than doing it as a visual effect. Or, if it’s going to be a visual effect, are there elements you can make of it for real? It has a kind of built-in reality. He was a great mentor and I’ve tried to do that in almost all of my movies since. I also learned a lot from Laurence Fishburne; he used to write NAR in his script in addition to certain scenes, which meant “No Acting Required”. That’s when I put him in a strong enough position where he could just react, rather than having to imagine what was happening on a blue screen. This is why many of my films have been edited in this way, as practical as possible.

You said that making this movie after making “Mortal Kombat,” a PG-13 movie, really freed your imagination as a filmmaker. There are horror elements in many of your subsequent films, but would you be interested in doing another full-bodied horror film like “Event Horizon”?

Absolutely I would. In fact, I’m planning on doing some sort of pure horror movie in the near future. It’s something that has always interested me. My career has been more action oriented, but it’s always been kind of scary action. I’ve always tried to take big leaps, even in the PG-13 movies I’ve made. But I would absolutely love to do a more complete horror film – a film that works more on a psychological level, a throwback to what “Event Horizon” was.

Going forward, how are things progressing on your next film, “In the Lost Lands”?

So they will fight?

Oh yeah, I mean you can’t have Milla and Dave in a movie and not let them have a go. It’s an adaptation of a George RR Martin story so you know it’s going to be dark and twisted and have wonderful characters. Because that’s what George does.

This interview has been edited and condensed for clarity.