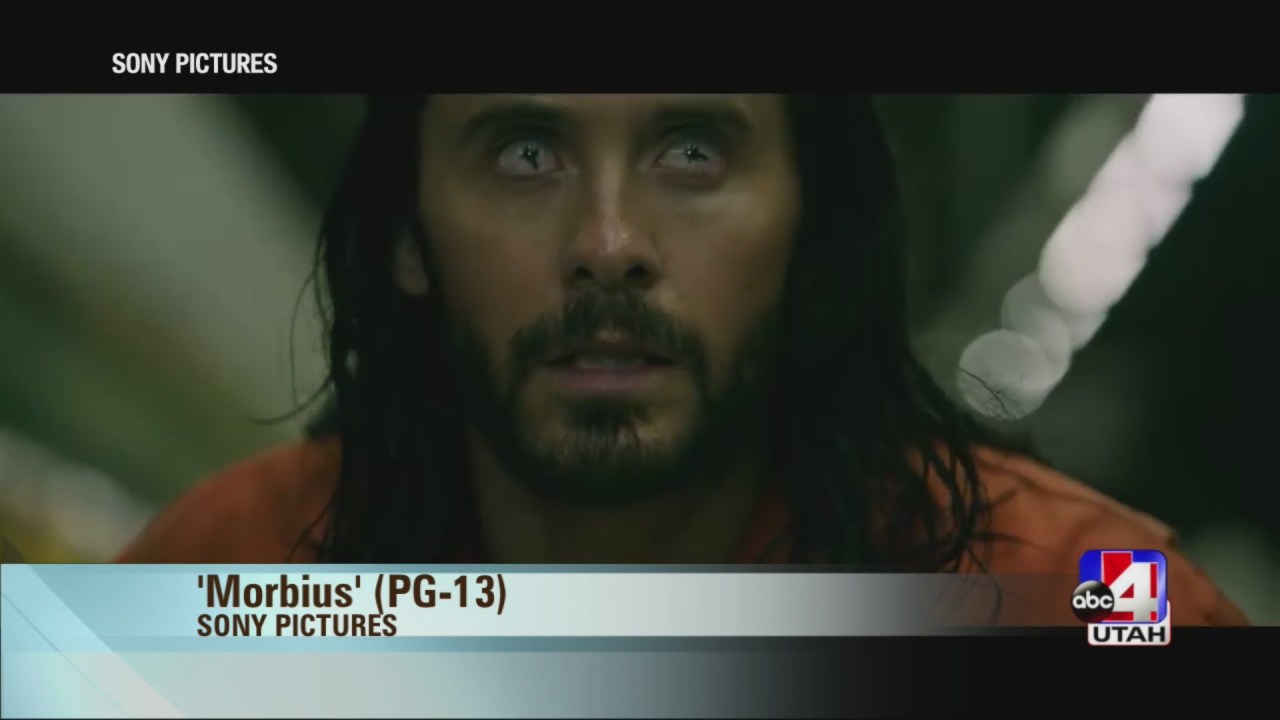 The weekend is here, and you know what that means! It’s time to settle down with the movie. There’s plenty to choose from this weekend, and you’re sure to find something for everyone. Hear what our film critic Val Cameron has to say.

If a supernatural thriller is what you need this weekend, you might want to check this out. Starring Ally Ioannides (Parenthood, Into the Badlands) and Utah native Charles Halford (True Detective, Constantine) as Charlie and Nicole Sorenson, a single father and daughter living on a remote ranch on the border between Texas and Mexico. When Nicole attempts to help a young migrant rescue her pregnant sister stuck on the Mexican side, they become the target of a dark presence that wants to take the baby. The film opens nationwide and on video-on-demand on Friday, April 1.

The film is based on an ancient Aztec folk tale about dead women in childbirth who come back from the dead to hunt what has been denied them in life, babies. The film’s story is set on the border between Mexico and the United States, with the historic mining town of Eureka, Utah representing the southern border.

The film addresses very “relevant” messages for our times. Boarders, migrants trying to find a better life and how we treat those who need help. This intertwined with demons, myths and ghost stories will have you guessing what’s next. This is a low budget film, shot locally in Utah. The thriller part of the story is one I’ve seen before and hits a very similar note to another movie coming out this weekend. The acting is good, and the story is decent. If you want to support independent local filmmakers, this is your choice for the weekend.

Marvel and Disney+ are coming together again for another action-packed series. Steven Grant and mercenary Marc Spector investigate the mysteries of the Egyptian gods from within the same body. Moon Knight stars Oscar Isaac and Ethan Hawke and is live on Disney+ today with 6 episodes to look forward to.

Isaac plays two very different roles and is in a constant state of turmoil in battle with himself. As the story unfolds about why there are two people in one body, we learn more about ancient myths that are added to the MCU. Ethan Hawke plays an evil enemy who leaves us guessing what he’s up to next. It’s a very violent series, so take note if you have little ones. It also has amazing special effects and great comic-style fight scenes and visuals.

Even though I’m a huge Oscar Isaac fan, there are parts of each episode that feel too repetitive to me. The pacing of the story buzzed in places and I found myself talking on TV to “already begin”. It’s a fun journey that will indeed open up other MCU stories that will be exciting, but it’s not my favorite episodic Disney+/Marvel giveaway.

Better Nate than ever

How about singing, dancing and having fun? ! It is exactly what it is. Nate Foster struggles to land roles in college drama productions as he dreams of becoming a Broadway star. Nate is played by Rubey Wood and his aunt, a Broadway actress, is played by the incredible Lisa Kudrow.

Nate is a kid who knows exactly what he wants and that is to be on Broadway and the opportunity to audition for Lilo and Stitch the Musical comes along and he needs to be there. He hides it from his family and goes to New York on a bus with his best friend and all the fun begins. You and your kids will spend a night at home with this one. I watched it for myself and would totally watch it again. It’s just a fun movie!

You won’t be alone

Set in a remote mountain village in 19th century Macedonia, YOU WILL NOT BE ALONE follows a young girl who is kidnapped and then turned into a witch by an ancient spirit. Curious about human life, the young witch accidentally kills a peasant in the nearby village and then takes the form of her victim to live life in her skin. His curiosity ignited; she continues to wield this horrific power in order to understand what it means to be human.

I covered this film during Sundance and now it’s available to everyone. It’s a thriller/horror like I’ve never seen before. There are great moments when the young witch, who has never known life outside of the dark cave she grew up in, realizes what life really is. You experience what it is to be a daughter, a mother, a husband, and something beyond the darkness. It’s a forged language film, but it’s worth watching. It’s visually beautiful and a little “Artsy”, it’s also intriguing, strange and sometimes a little kitschy, but if you like something different on the big screen and are challenged as a viewer, it is a good choice for you.

You can check out my interview with the film’s editor Luca Cappelli.

One of the most compelling and divisive characters in the Marvel Universe is finally coming to theaters! Oscar-winning actor Jared Leto transforms into the enigmatic anti-hero Michael Morbius. Dangerously afflicted with a rare blood disease and determined to save others suffering the same fate, Dr. Morbius attempts to cure himself through dangerous means. While at first glance it seems like a radical success, a darkness in him is unleashed.

Matt Smith (Dr Who and The Crown) joins the chaos as Morbius’ best friends and he’s also afflicted with the disease. Most Marvel movies are about conflict. This one is like Moon Knight, in that Morbius is in conflict with himself and trying to control the evil he has created. This film also makes us wonder how far is too far to cure a disease or modify DNA.

Yes, there is some humor, but it’s more of a dark story and a Sony/Marvel movie. There is blood, violence and heart-pounding horror.

If you need to wet your palette on something a little dark and full of jaw-dropping action, you’ll love this movie. It has some of the best special effects I’ve seen in a Marvel or action movie in a long time. They really tried to catch you and keep you on their toes. However, if you’re looking for a deep story to care about this character as much as you care about past MCU franchises, it’s just not there yet, it sounds a lot like a jump movie that will take us into something like the Sinister Six. I’m not mad at that at all.

Good viewing! Be sure to follow Val on www.whattoseewithval.com

Deena Marie Manzanares is originally from Utah, but lived in New York for a few years while attending the Atlantic Theater Company Acting School. Locally, she worked as a professional actress for years, both in theater and film.